ABOUT US
Marco Architectural Aluminium has been manufacturing and installing high quality, energy efficient and secure windows and doors for over 35 years.
Contact Us

Marco Architectural Aluminium has been manufacturing and installing high quality, energy efficient and secure windows doors for over 35 years. All are bespoke and made to measure, manufactured in-house by our team of expert fabricators at our premises in Bournemouth. A true family business, with three generations of experience and specialism we offer a first-class service.

Whether you’re a commercial or residential client please get in touch for advice on how we can help with your project.

Spanning three generations, Marco Architectural Aluminium is a true family business. The company was founded in 1982 by father and son Mark and Mervyn Courtney. Mark’s Brother-in-Law, Russell, joined shortly after. As the company grew it soon became obvious they would need larger premises. In 1989 they moved to their current address in Bournemouth, which they have since expanded.

Russell’s Son, Rob, started working with his Dad and Uncle at the age of 16, learning the ropes by studying for an NVQ and on the job training. He soon progressed to working in the office, estimating and running his own projects. When Russell and Mark decided to retire Rob took over as head of the Company. He is now expanding the business and taking on larger projects and contracts with the help of Wayne his Installation Manager, Dan the Fabrication Manager and the newest member of his team, Andy, who helps with the estimating. Much of their new business comes through personal recommendations and their reputation continues to grow in and around Dorset and the surrounding counties.

Rob is continually striving to improve and expand the business, building on solid foundations laid by generations before him. He would love Marco to stay as family business, although he knows this will depend on the path his children take in life. Watch this space! 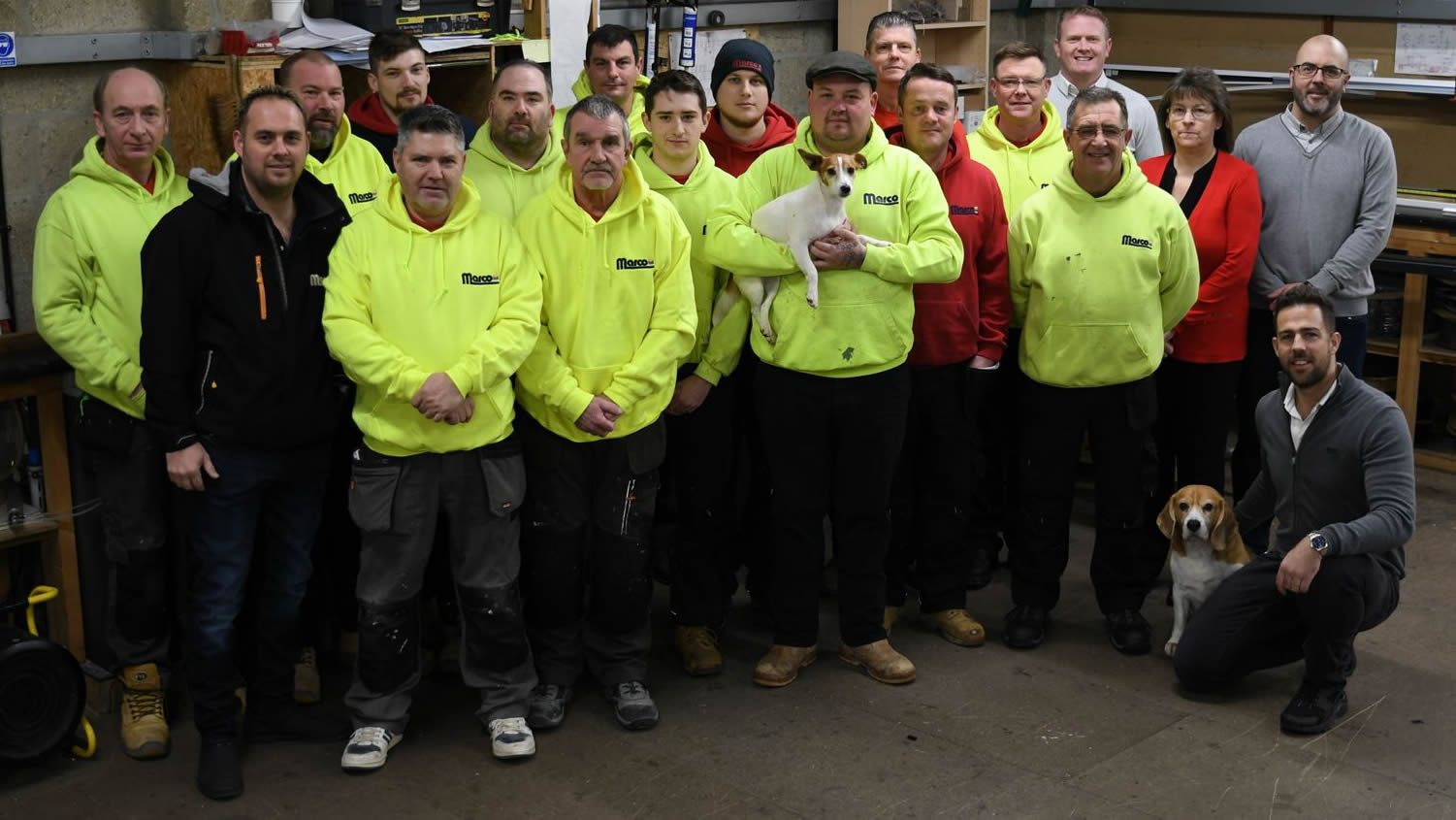